Home » About » In the Media

Dr. Pancholi in the Media

“Thanks to the support of the community and his patients, Dr. Samir Pancholi of Cosmetic Surgery of Las Vegas was able to collect 109 bras for local charity, The Shade Tree. For every donated bra, Dr. Pancholi “matched” the donation with $10, and he was honored to present the 109 bras and $1,090 to The Shade Tree early in December.”

“Launching Las Vegas, a community driven award created to celebrate Vegas-based startup companies, is back for its fourth year. Founded to honor the hard work and commitment our local entrepreneurs devote to helping Vegas grow as a hub for business, the Launching Las Vegas contest relies on the community to choose a startup to be awarded a cash prize—and voting is now officially open to the public.”

“Dr. Samir Pancholi is pleased to announce that Lori Brown of Henderson, Nevada is the 2018 recipient of the inaugural Pancholi Scholarship for Nevada Educators. The Scholarship was developed by Dr. Pancholi to support and empower our next generation of teachers in Nevada, with the hope of encouraging those who have chosen to devote their lives to education in the face of teacher shortages and a system that undervalues the profession.”

“Dr. Samir Pancholi of Las Vegas is pleased to announce the first annual Pancholi Scholarship for Nevada Educators, a $2,000 scholarship developed to help support our next generation of teachers.”

5/23/2017 Las Vegas Cosmetic Surgeon Recommends Replacing Silicone Gel Breast Implants at Around 10 Years, Before There is a Problem on PR Newswire

“Today’s “5th generation” silicone breast implants are more durable than ever. However, they are not considered lifetime devices, and eventually a patient can expect to replace them—the question is when. Recently, Las Vegas cosmetic surgeon Dr. Samir Pancholi published an article to help clarify the matter for patients.”

11/4/2016   The Community Has Spoken, and Tealet Has Been Chosen as the Winner of 2016 Launching Las Vegas on PR Newswire

“The votes have been counted, and Launching Las Vegas is thrilled to announce the winner of the 2016 award: Tealet. This annual award was created to celebrate local startup companies that work hard to invigorate the Las Vegas business scene—and Tealet perfectly exemplifies what it means to be a Launching Las Vegas winner.”

“A cosmetic surgeon wants to do something to help Las Vegas, his adopted hometown, replace its Sin City image with a new image — that of a growing tech center.”

“As a local business owner, Dr. Pancholi stays he understands both the challenges and rewards of starting a company —particularly in a town that largely caters to out-of-town visitors. It is his hope that he can invigorate the community to engage with these businesses and get them a bit of attention in the process.”

“Dr. Samir Pancholi says that people who seek cosmetic surgery to appease or spite another will likely be less than satisfied.”

9/07/15 Medical Turf Wars: Plastic Surgeons Clash with Other Doctors About Who can Perform Liposuction & Tummy Tucks in International Business Times

“What can get confusing to the public is — the plastic surgeons are saying, ‘You should only trust us and not anybody else,’” Pancholi said. “What the ABCS believes is if you have a physician properly trained in cosmetic surgery, you are more likely to have a better outcome.”

“[DeAndre] Esteen said the [Shade Tree] shelter is often in desperate need of resources. In an effort to curb the problem, The Shade Tree of Las Vegas received a donation of nearly 100 new and like new bras and $1,000 from Pancholi Cosmetic Surgery. The necessary items were collected in August by the staff of Pancholi Cosmetic Surgery through a donation drive specifically for The Shade Tree.”

“Unfortunately,” said Dr. Samir Pancholi, a cosmetic surgeon, “too many people now view surgery as a simple business activity where you can get a good deal and they don’t think about safety.”

2/1/2010 “In Business Las Vegas” has announced their top 40 business leaders under 40 for 2009, including Dr. Samir Pancholi of Cosmetic Surgery of Las Vegas.

4/12/2009 “Do Looks Matter in a Down Economy? Maybe a Little More in Sin City” Health News Digest

“Demand still exists, however, for those procedures that still provide visible changes, but have longer lasting results. These procedures – i.e. breast augmentation, facelifts, and rhinoplasty – carry a longer recovery times (2-3 weeks) and start around $4500.”

“People are shocked,” Pancholi said. “I really do gauge how receptive people are to me showing them the pictures. I show them the pictures if I feel they’re not really getting it, or if they feel I’m blowing smoke at them about the seriousness of the situation.”

“Dr. Pancholi, [a diplomate of] the American Board of Cosmetic Surgery, takes scare tactics a step further. He shows patients graphic postoperative pictures of smokers who didn’t heed his advice to quit. “They see the wound opening up, turning red or black, the edges start coming apart,” he said. “They see the skin graft we use to put it back together.”

9/27/08 “NORM: LV all shook up about Elvis star” Norm Clarke column in the Las Vegas Review-Journal 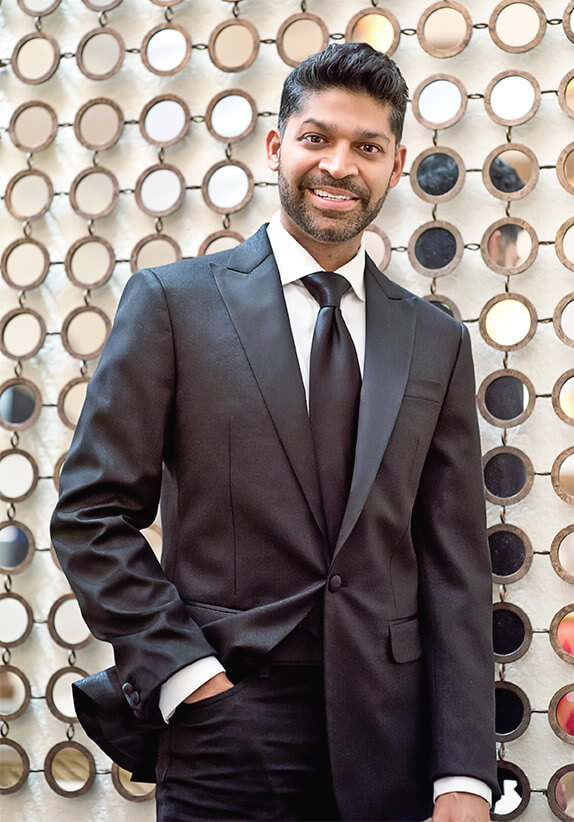 Dr. Samir Pancholi Learn why he's so highly sought after >

Have questions or want to get started? We are ready to help you with a smile!