Home » Vegas Beauty Blog » Dr. Pancholi on the Benefits of Multiple Cosmetic Surgeries in One Session

Dr. Pancholi on the Benefits of Multiple Cosmetic Surgeries in One Session 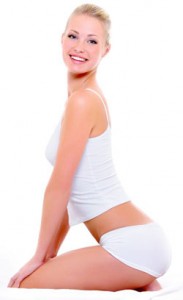 In the latest issue of Cosmetic Surgery Times, Dr. Pancholi highlights the trend toward performing multiple cosmetic surgeries in one session on certain areas of the body, such as the breast or the buttocks.

Dr. Pancholi says that he often performs breast augmentation and breast lift surgery in the same session and liposuction with fat grafting techniques when performing the Brazilian butt lift.

Patients who have lost the shape and fullness of their breasts, including massive weight loss patients and postpartum women, are often good candidates for a combination of a breast lift and breast implants.

The breast lift, also known as mastopexy, results in a more ideal positioning of the nipple and breast, but it does not adequately address the lack of fullness of the breast in those patients, Dr. Pancholi says.

“In order to achieve a more voluptuous-looking breast…I often combine a mastopexy with breast implant surgery. The breasts are not only higher up but also have a fullness to them because of the implant,” he says.

By combining liposuction with fat grafting techniques when performing a Brazilian butt lift, the rounded shape of the buttocks can become more enhanced.

Dr. Pancholi says he typically performs liposuction to remove fat at the waist and upper and lower back, which causes a slight hollowing of the area and results in an accentuated curve of the buttocks. Then for a more enhanced curving effect, he takes the fat harvested during liposuction and injects it into the buttocks.

“Combining the two makes much more sense in terms of having one surgery, one recovery, reduced cost and achieving the final result without a second surgery,” he says.