Do Looks Matter in a Recession? Maybe a Little More in Sin City 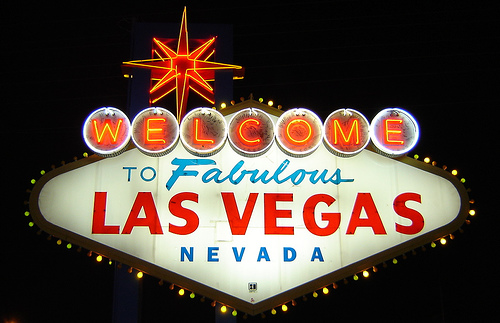 Unemployment is up and so is the competition to keep your job. Those laid off from their jobs are now looking for new ones. Those who have a job want to keep it. But in Las Vegas it seems you need more than just great skills. You need to look the part. Vegas is, after all, a city where exceeding the public’s expectations is the rule of thumb.

At a time when more and more people are applying for the same job, or just trying to hang on to the one they’ve got, putting your best ‘face’ or ‘body’ forward might just be the difference maker. Especially in a city where being in the public eye dominates the job market.

In the past, my patients would commonly emphasize personal motivations for cosmetic surgery such as “wanting to freshen up”, wanting “my old body back”, or “always wanting to do this”. Now, their personal motivation may have a little added slant. A slant that leans towards their job and is expressed with “I want to keep my tips up” or “I want an edge over the other employees”. Regardless of this new slant, my patients are educated to understand they must be driven by personal motivation and not by or for anyone else or reason; and that any new confidence they feel as a result of their procedure may allow them a new experience – but that’s just bonus.

The slowing economy is also causing changes in the types of cosmetic surgery requests that I’m receiving. People want less expensive procedures with less recovery time and more visible results. They want procedures that freshen the appearance of the skin, soften wrinkles, and provide a younger look, such as facial peels, Botox, or Restylane. Although the results are temporary, lasting 3-6 months depending on the procedure, the cost ($300-$500) tends to fit into the budget easier.

A demand still exists, however, for those procedures that still provide visible changes, but have longer lasting results. These procedures – i.e. breast augmentation, facelifts, and rhinoplasty – carry a longer recovery times (2-3 weeks) and start around $4500.

So what’s dropping off? It’s the less visible procedures such as breast lifts, tummy tucks, and liposuction, where results are often hidden under clothing. Instead, people are taking cost, time away from work, and visible results into consideration and turning to the gym and diet to make any changes they can on their own.

Just a couple of years ago, the country’s fascination with cosmetic surgery led to incredible levels of growth in the field. For example, according to the American Society of Plastic Surgeons recent survey of their members, between the years of 2000 and 2008, the number of breast augmentations increased 45%, tummy tucks increased 94%, and Botox increased 537%. Between 2007 and 2008, however, breast augmentations decreased by 12% and tummy tucks by 18% while Botox, the low recovery, low cost procedure showed an 8% increase. In this same time period, the number of cosmetic procedures performed dropped in those ages 20-29, while it continued to increased in the 30 years old and over population. An indication of those with more disposable funds or more concerns about appearance…or both? The American Academy of Cosmetic Surgery showed differing trends between men and women with cosmetic procedures between 2007 and 2008. When in the past both men and women were steadily getting more procedures, now men were undergoing 2% fewer while women continued to increase with 29% more. Does this reflect societies differing emphasis on appearance between genders? My practice speaks to it; with both age and gender.

Paying for cosmetic procedures and surgery has also changed. When in the past most payments were dominated by credit cards, now cash and financing have come to the forefront. Many patients using cash have either maxed out their credit cards or decided to stay away from credit cards all together. Other cash users just find it easier to save up and set aside the cash little by little in their ‘surgery fund’ until they’re ready for surgery. Financing companies such as Care Credit and Cosmetic Surgery Loans are also being used more frequently. Here, patients are able to apply for various payment plans, including no interest plans, so they can have their procedure now and while making payments over time. Of course in this situation credit scores play a role in approval and interest rates.

Patients aren’t the only ones adapting in this slowing economy. It’s unfortunate when people do need cosmetic surgery and can’t afford it. Recently, a woman who suffered a rupture of her saline breast implant came to my office. The plastic surgeon that placed her breast implants was no longer available. In a situation where food, rent, and her job were top priorities, paying for implant replacement surgery wasn’t at the top of her list. I adapted to her by offering her discounted surgery fees so she could proceed with surgery and get back to what’s important to her life. My practice has also adapted by providing monthly specials so patients can receive more of what they want with less money.

So what will the future hold?

More women, older patients, less costly procedures, less recovery time, and more visible procedures? Certainly the economy will play a role in why and what people demand in the cosmetic surgery world. It’s possible with competition for employment getting tougher, and with all things being equal, looks just might improve your changes of getting or keeping that job. For now, however, some seem to be finding a bit more confidence in the job market from fulfilling their desires with cosmetic surgery. 4 Unique Destinations & Day Trips Outside of Vegas
See All

Wondering How to Get Pretty Hands? We’ve Got You Covered Wondering How to Get Pretty Hands? We’ve Got You Covered
See All